Broadly speaking, ‘the arts‘ can be described as the culture of human creativity which includes both the visual arts (drawing, painting, architecture etc), the performing arts (music, dance, theatre etc) and the literary arts (poetry, creative writing etc). I’ve dabbled in a few of them in my life, in particular painting, writing and poetry, and find the satisfaction it provides once completed almost exhilarating. 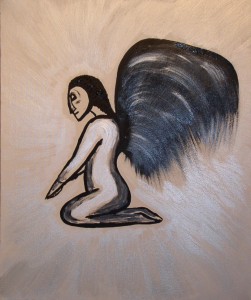 An example of my work.

However, a problem that quite a few people involved in the arts experience is inspiration or lack of it which can obviously interfere with their creative production. I was having this problem earlier in the year when I needed to provide some work for a literacy course I was working on. The harder I thought, the blanker my mind became. It was as if my creative mind had decided to shut down or become extremely shy to say the least.

What I needed was an experience that would activate some creativity combined with some relaxation as the past few months had been exhausting with one thing or another. I’d heard from one of my friends that a trip along the Rhine River was one of the most beautiful and inspiring experiences anyone could have. Although money was tight, I began to think seriously about some kind of tour along this river and began to ask around and also find some reviews. 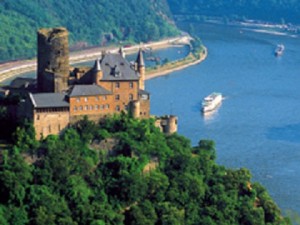 Just one part of the Rhine River.

Another friend of mine suggested I go on a river cruise tour along the Rhine as they had done previously. They thoroughly enjoyed it and some reviews I went on to look at raved about it. One in particular stood out , it was called  Uniworld Castles along the Rhine and I managed to find it and book it through Rivercruisetours.co.uk. The ship you sail on is called the Uniworld SS Antoinette and well deserves the label ‘Super Ship’.

As soon as I stepped onto the SS Antionette I new it was going to be a good experience as the staff fell over themselves to help you. The Cruise Manager was attentive, and all the staff spoke English. The accommodation was fantastic and the food delicious. There was on board local entertainment and even a cinema! 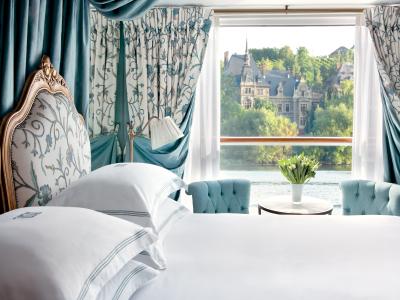 Example of a stateroom suite. 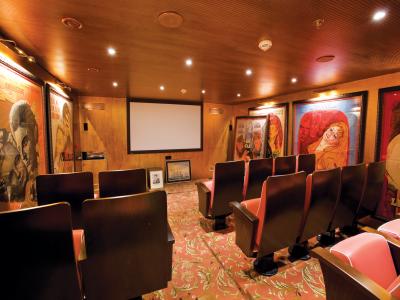 The itinerary was amazing as the ship traveled through Basel, Breisach, Kehl,  Germersheim, Rüdesheim, Koblenz, Cologne and Amsterdam. I also had no shortage of inspiration as the beautiful ship took me to fascinating medieval wine towns, wonderful castles and  majestic cathedrals.

I can understand now why people are so amazed by this beautiful and majestic place. Apparently Beethoven, Schumann, Brahms, Schubert and Wagner idolized it in their music,Turner captured it in his paintings and Byron, Dumas, Hugo and Heine mentioned and celebrated it in their writing. I think I will now follow suit and let the inspiration flow in my writing.